English Bulldogs are the mascots of several high schools, and college teams. They are also the mascot of the United States Marines. A bulldog represents ferocity and dedication. Can a dog with this reputation make a good family dog? The short answer is yes. Most bulldogs love to play with children. They see them as another member of the family. The Bulldogs laid back manor is perfect for children, and though there might be a few issues, they can be overcome.

History of The Bull Dog

Before we see why the English Bulldog would make a great pet we need to look into history. English Bulldogs got their start around 5th century England as a working dog. In the 15th the breeding of bulldogs changed for the purpose of bull baiting. A sport where a dog gets tethered to a bull until it pulls the bull to the ground or dies. The dogs in this sport had to be aggressive. This is how bulldogs got their bad reputation. 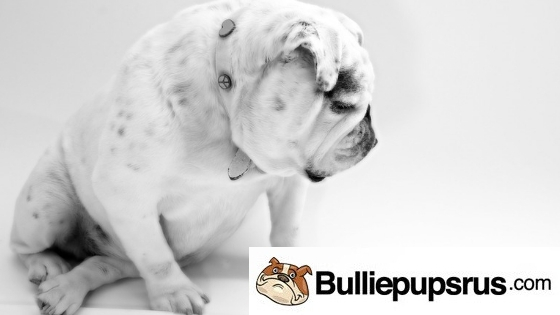 In 1835, bull baiting became illegal, and it was nearly the end of bulldogs as well. Some bulldogs went to herd livestock in hard to reach places in the U.S. John D. Johnson took this imported dog and tried to breed them. He trained the dogs, tried to reduce aggression, and looked for the best traits. From here the bulldog became the easy going, adorable, house dog that everyone loves.

The temperament of an English Bulldog according to the AKC standard is kind, courageous, with a pacific and dignified demeanor. It takes a lot to anger an English Bulldog. They can handle the rough treatment of a child without fighting back. In fact, some say that English Bulldogs have a sixth sense around children. They recognize children as something they need to be gentle with and protect. English Bulldogs are also very loyal to their owners and might bark at strangers if they sense something is wrong.

An English Bulldog will be happy to run around the yard chasing after your children. They are just as happy to curl up on the couch and watch cartoons with them. English Bulldogs only need a moderate amount of exercise. Playing in the yard with your children or taking a walk around the block is all the exercise that this dog will need. Since the English Bulldog does not need a large space to run in, they are also perfect for families that prefer apartment living.

English Bulldogs are very low maintenance dogs. They have short hair that does not need much brushing. They do not need a bath unless they get really dirty. The bulk of bulldog care revolves around the wrinkles. The wrinkles of an English Bulldog trap moisture and dirt which causes sores if not treated. Clean wrinkles twice a week with a wet rag and shampoo. After the wrinkles dry, it is a good idea to put a little cornstarch on them. The cornstarch will stop them from holding moisture. Make sure to give your English bulldog the best dog food as well to keep them healthy..

Some Issues with English Bulldogs

English Bulldogs have a reputation as laid back, but there are times when they may be aggressive. Bulldogs can get aggressive when they eat. Never let young children feed the dog, or give them scraps at the table, no matter how cute they beg. Keep children away at the dogs feeding time, so they don’t accidentally get snapped at.

Another time when bulldogs might turn aggressive is when you are introducing them to another dog. Especially if you’re introducing one male dog to another. Generally, English Bulldogs are social creatures and can get along with other animals just as well as they do their human family. It is important when introducing your dog to any new animal to do it slowly and watch for signs of aggression.

English Bulldogs have to think long and hard about a command before they do it. They are very set in their ways, and it can make them hard to train. It is possible to persuade them into doing as you want, but it takes time, trust and plenty of treats. Training an English Bulldog takes more time than it might train a different breed. You may have seen YouTube videos of Bulldogs like Otto. Otto’s owner trained him to ride a skateboard. The videos prove that this breed is trainable.

The English Bulldogs pushed in face for some is adorable. It also comes with a number of issues that some think is enduring and other a real problem. The first issue is slobber. Be prepared for slobber all over your children’s toys, the child’s clothes, and the floor. Most people do not realize the amount of slobber this breed can create. Because the dogs have issues breathing, they wheeze, snore, snort, and grunt loudly. The noises can get on some people’s nerves. The last problem with a short face is that they gulp air when they eat. It leads to gas in their stomach. Some commercial foods make this gas worse.

English Bulldogs have a large array of health problems, so any family that wishes to adopt one will also have to take many trips to the vet. The breeds short face leads to several respiratory issues. Their respiratory issues even make it risky to put the dog to sleep for any operation. The Bulldogs wrinkle skin can lead to some dermatology issues. Bulldogs can also have joint and heart problems.

English Bulldogs make a great family pet, despite some issues that one might have with the breed. The dogs are easygoing, loyal, and low maintenance. They can be just as happy in a small apartment as a large yard. There are some health concerns, and they can be a little stubborn, but a bulldog is also a dependable friend that your child can have for years to come. There is a reason why the English Bulldog ranks the fifth most popular dog by the AKC.