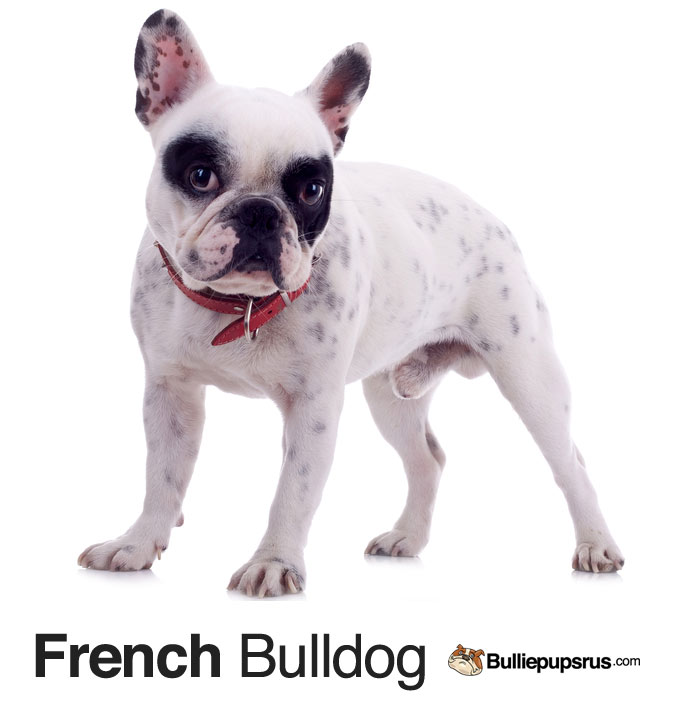 The French bulldog was developed from the miniature version of the English bulldog. Unlike other small dogs, the French bulldog is pretty hardy and powerful for its size. Though compact, it is an active, muscular, and intelligent dog whose distinguishing characteristics are its bat-like ears and expressive eyes.

The History of French Bulldogs

There are many theories about the origins of the French bulldog. The most popular and obvious theory is that was bred from the miniature version of English bulldogs that were brought by Nottingham lace workers that went to France when England underwent the economic crisis during the industrial revolution.

Excavation of the Ancon burial grounds produced the skeletons and skulls of bulldogs that lived in that area from 1100 to 1400 AD. Professors Richard Wagner and Max Hilzheimer studied the remains in 1937 and found that the Chincha Bulldog is similar to the French bulldog in many ways. The only differences between the two were the skulls. While the Chincha had a pear-shaped skull, the French bulldog has a spherical one.

However, standing in the way of the theory that the French bulldog is a descendent of the Chincha is the large gap between the existence of the Chincha and the appearance of the dog in France during the time of the English Industrial Revolution.

French bulldogs look like small English bulldogs. They have bat ears that are always erect and set high on the head, elongated, and with round tops. Their heads are large and they have round eyes. Their bodies are muscular and they have thick bones.

The acceptable coat colors for French bulldogs in America are fawn and white, and brindle. All other colors are cause for disqualification. In France, fawn is not recognized as a valid coat color.

French bulldogs are energetic dogs that must be exercised regularly. They are sweet but easily become jealous of other pets and even children or spouses that take their owners’ attention away from them.