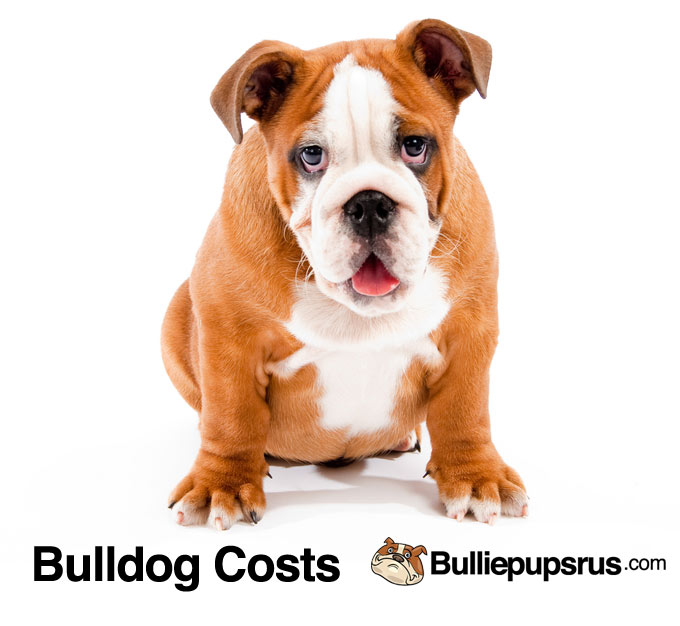 Good question. It costs quite a bit of money to breed Bulldogs to begin with. A breeder starts out by paying high prices for breeding stock to begin with. Then there is the cost of breeding itself. First there is the stud fee, then shipping costs for the semen, the paying a vet to do artificial insemination, there are blood tests, ultra sounds, x-rays, and the cost of a c-section. Also there is the breeder’s time and work. Bulldog puppies are hand raised (by conscientious breeders), not left with the mother for her to raise. This makes raising a pup a 24 hour a day, seven day a week job. Then for us there are the costs of vaccinations, wormer, and micro chips.

Cheaper dogs can be found in newspapers, but I would not ever buy a dog from a newspaper ad. These dogs are almost always from puppy mills, where poor quality dogs are mass produced for profit, or from back yard breeders who thought it would be fun to breed their pet store dog (from a puppy mill) and make some cash. Also a lot of these “bargain” dogs are imports from places such as Poland, Russia, or South America that tend to have HUGE health issues, no legal papers, and usually no vaccinations.

Then there are the pet stores. These are more expensive, but easiest to buy because you can impulse buy with a credit card. THESE ARE ALL PUPPY MILL DOGS FOLKS! Each and every one of them! I don’t care that the clerk says the cute puppy is from a reputable breeder. The clerk is trained to say that, the same way an employee at a fast food joint is trained to say, “Welcome to ******, may I take your order?” These pups are bred in puppy mills, sold to a broker, and sold to a pet store. You are paying a profit 3 ways, for a dog of nefarious origins, and of lesser quality and health. If it looks close enough to be a Bulldog, then they sell it as a Bulldog. Never mind it is registered with the AKC. Some are from actual registered parents, others…well papers can be falsified. If it is Bulldog-like, but not close enough they make up a name and a false registry, and add on an even higher purchase price because it is such a “rare breed.” Rare breed? No, it’s a mix, and they are trying to rob you blind.

Be careful of the contract you sign when especially buying a bitch under a show or breeding contract. Read it carefully, and give it a lot of thought. So many breeders are requiring way too much these days out of pure greed. Things like you have to breed back to their stud dogs and pay a stud fee to boot, you have to breed a certain number of litters, you have to give them more than one puppy back. Some even go as far as taking the entire litter of pups from you and then tell you the one you get to keep is the one of worst quality. If you had a different puppy picked for yourself you then have to PAY them for that puppy. Excuse me?!!! Pay for your own puppy that you bred out of a bitch you already paid for and giving back the rest of the litter as well?!!! You may ask yourself who would be foolish enough to do such a thing, and I don’t blame you one bit for asking either. Well, the people who would willingly sign such deals are out there. Most eventually wizen up AFTER they have been raked over the coals at least once, but there are those still out there that never learn. This is sad and ridiculous, but I guess sometimes you just can’t fix stupid.