The Blue English Bulldog puppy which is also known as the Alapaha Blue Blood Bulldog, will grow into an exaggerated bulldog that is very well-developed, their heads are broad and their ears have a natural drop. Their muzzle is quite prominent and is covered by upper lips that are very loose.Their eyes are set well apart and very prominent as well.

The Blue English Bulldog has a relatively short coat which is fairly stiff. The main colors are brown merle, red merle or blue merle all of which are trimmed with pure white or a combination of white and chocolate. Their eyes tend to be the glass eyes which are blue or, the marble eyes which are a mixture of blue and brown in both eyes.

Their tails and ears are never docked or trimmed and they have a very muscular and sturdy body. There well muscled hips however are more narrow than their chest. The length of their straight back will be the same as the height of their shoulders. They have cat-like feet and their dewclaws are never removed.

The Blue English Bulldog is a result if a three generation long old breeding program which started way back in the 1800s. The reason this program originated was as a way of rescuing the “plantation” dog of the southern Georgia region that was all but extinct. The bulldog-type guard dog which is very rare is a descendant of Buck Lane´s dog who was named Otto.

Lana Lou who was Buck Lane´s granddaughter spoke of an “Otto” that was always around the estate. Being as these Bulldogs were more than capable not only of guard work but also wood work, one “Otto” was all that was needed. In 1943, PaPa Busk was killed by a train, his Otto demonstrated undying devotion by constantly visiting and guarding over his grave.

Lana Lou Lane, Buck Lane´s granddaughter carried on with the breeding program until her death, which happened while she slept on July 20, 2001. Much like the Plott Hound, this breed of dog which is very muscular, is the creation of a single American family, the nurturing it receives is what will its survival depends on.


The Blue English Bulldog is very dutiful and easy to train. Their streak of “royalty” is where the name of this great watch and guard dos is derived from. They make excellent companion dogs and will fight, even to the death to protect their human companions. These athletic, active and mindful dogs have a lot of heart, they are excellent with and very of protective of children.

When training this breed of puppy, you want the puppy to achieve the status of pack leader, having an order in their pack is natural instinct for dogs, when humans live with dogs, they become their pack. The entire pack must cooperate under a single leader, there are clearly defined lines. It is important that the humans in the pack have a higher order than the dog. This is the only way in which a relationship with a dog will be a successful one.

It is important to be aware that due to their small genetic pool, there could be development of health issues such as entropion, which is inversion of the eyelids.

If they receive sufficient exercise, the Blue English Bulldog will do fine in an apartment. That being said they are very inactive indoors, an average sized yard would be best.

They are athletic dogs that love to be active, they have an average demand for exercise. Long daily walks are needed and romping around in an enclosed and safe area is enjoyed.

They do not require much grooming, they are average shedders, the occasional comb and brush will help to remove dead hair as well as cut down on any shedding. A bath once every couple of weeks will suffice.

If your Blue English Bulldog were to have puppies, you can expect four to eight puppies per litter and they have a life expectancy of twelve to fifteen years. 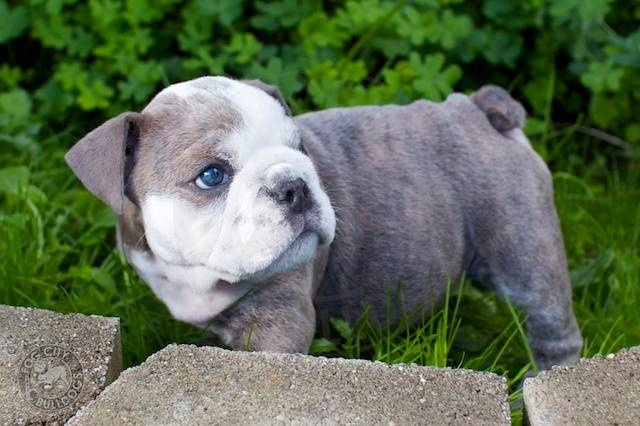 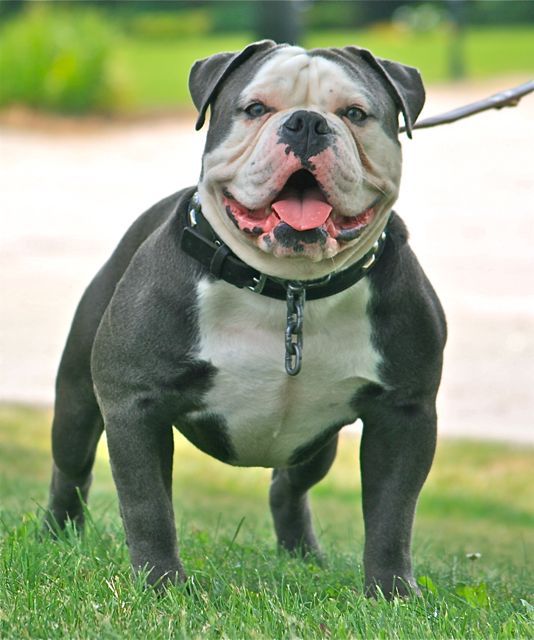 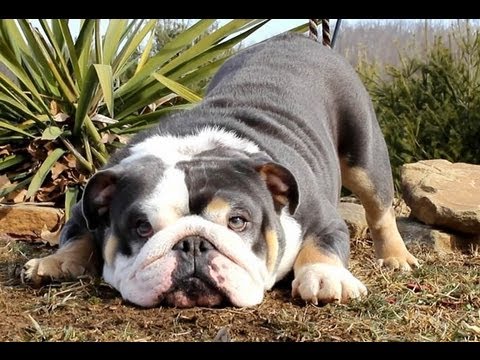 What do you think about Blue English Bulldogs? Do you have one, and want to share his/her picture with the world? Let us know – through contact us page.